GET INSIDE: EAST WEST BREWERY 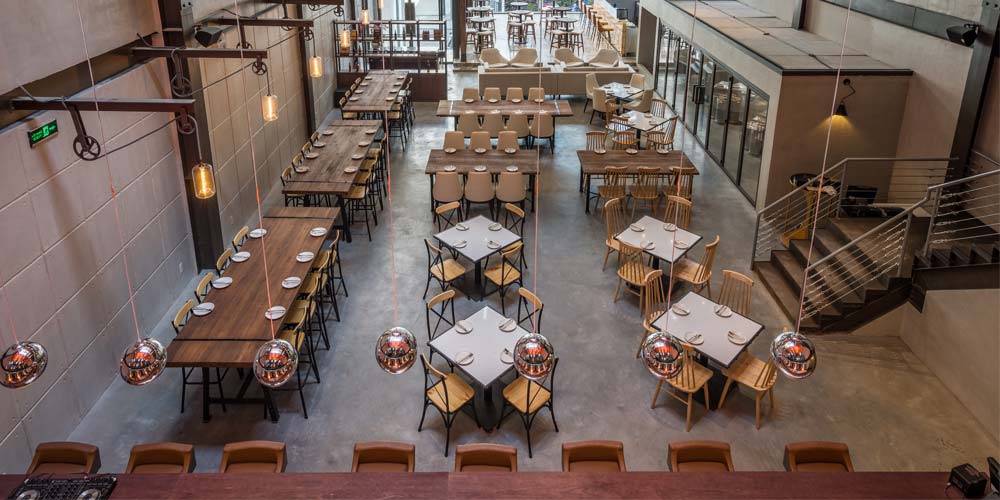 13 Mar GET INSIDE: EAST WEST BREWERY

Posted at 04:28h in Travel & Lifestyle by adminEastWest 0 Comments
0 Likes

We think ‘micro’ is the wrong word to describe anything about East West Brewing. Impressive from its’ marble-esque steps and self-contained carpark on Ly Tu Trong, right up to it’s timber struts and copper-plated taps, East West is literally the next big thing in Saigon’s growing craft beer scene.

Inspired by opportunity here, as well as their own histories in hospitality, beer and brewing, it’s a project the multi-national team has developed with serious ambition at heart. Looming large as you walk in of course is what sets East West apart from it’s competitors; the 1500 liter capacity brewing system that ensures every drop you drink is made less than 50 yards from wherever you’re sitting; be it in the tap room overlooking the pavement, or the casual dining and back bar area, which combine to seat 160 – a number that puts East West in a league of its own.

To discover more about the inspiration behind East West, AnyArena chatted with General Manager Loc Truong, a returned Vietnamese applying his experience at home (with a little help from his friends) to create something a cut above the competition.

Thanks for grabbing a beer with us Loc! First question; what inspired you to create your own brewery?
I worked for one of the bigger beer companies in Vietnam for a long time. I liked the beer business, but I wasn’t fond of the whole corporate culture behind it, so I created a beer company with it’s own unique culture.

We like the name. What’s the story behind it?
I wanted a name that represents the team we have. We are all somehow East-West or West-East people, depending on how you look at it.

How does East West compare to the bigger breweries?
Our beers are handmade and every drop of craft beer is made right here in-house at East West Brewing Co. We are your local brewery, so we know exactly what goes in your beer. You can go to our brewery and meet the brewer, ask questions, and tell him your opinion. We brew on site in our location, so you’ll be drinking the freshest beer straight from the source! We also have state of the art quality control systems in place to ensure that our beers are always pure and fresh, right the way from brewing, finishing, packaging, and transporting.

How did you decide on the location? And why Saigon?
We were looking for a much bigger location but it seemed like there was always something wrong with what we found. This location happened by luck – it wasn’t even for rent, but I met the owner and talked him into leasing it to us. I think every big city in the world has an iconic craft brewery and we aspire to be that for HCMC.

We love seeing new breweries popping up in town, how has it been to be part of the local brewing scene?
It feels great to finally roll out our beers and see the results of so many months of hard work. The local craft community has been very supportive of East West Brewing Co’s entry into the market. Our head brewer is extremely experienced and our operation is professional. The whole team comes from a hospitality background and we wanted to create something inspiring for the community.

Around how many craft beers does it take to get you buzzed nowadays?
Depending on the mood! But normally somewhere between two to six 330ml glasses.

What’s your favorite beer on the menu?
I am a big fan of our East West Pale Ale. It’s a really good, clean taste and I am confident that it compares to any pale ale in the world.

Do you ever catch yourself craving a Budweiser these days?
Nope. Once you go craft you can never go back!

We’ve heard that a lot of beer snobs say drinking beers that cold is blasphemy. What do you think? Some beers aren’t meant to be drank extremely cold. But for me, I live in a hot tropical climate, so please give me a cold beer!

Finally, If you could share a beer with anyone living or dead, who would it be?
I would like to have a beer with Samuel Jackson. Not sure why but pretty sure we’ll have a good time!